Together, Districts That Succeed, Schools That Succeed, and the three "It's Being Done" books document the ways in which expert educators ensure that just all their students—even those burdened by poverty and discrimination—are able to achieve at high levels. They have helped change the national conversation away from questions of WHETHER schools can help just about all kids learn to HOW they can do so.

GETTING IT DONE: LEADING ACADEMIC SUCCESS IN UNEXPECTED SCHOOLS

Getting It Done systematically studies thirty-three leaders of twenty-four "It's Being Done" schools in order to identify the shared beliefs and practices of excellent school leaders. It is being used by educational leadership programs around the country to help prepare future school leaders.

HOW IT'S BEING DONE: URGENT LESSONS FROM UNEXPECTED SCHOOLS

HOW It's Being Done begins by examining why Massachusetts outpaces the rest of the country in achievement. That sets the context for in-depth profiles of eight high-performing schools that are either high-poverty or high-minority. HOW It's Being Done identifies the essential practices that they all share that are deeply rooted in the best research on school improvement. These schools and the Commonwealth of Massachusetts have put common-sense practices together in ways that make sense for their students and their communities.

IT'S BEING DONE: ACADEMIC SUCCESS IN UNEXPECTED SCHOOLS

It's Being Done profiles fifteen high-performing and rapidly improving schools and one group of schools, ranging from the Elmont Memorial High School just outside of Queens to the schools participating in the Benwood Initiative in Chattanooga, Tennessee. It concludes with a list of twenty-five characteristics all the schools share, ranging from "They teach the kids" to "They are nice places to work." Named one of the top five education books of the decade by Education Next, It's Being Done has been used by schools, school districts, and states to jumpstart conversations about how to better serve all students.
Harvard Education Press
All three books can be purchased through Harvard Education Press and major book retailers. Electronic versions can be found at: Amazon, iBookStore, Kobo, Barnes & Noble, and Sony. 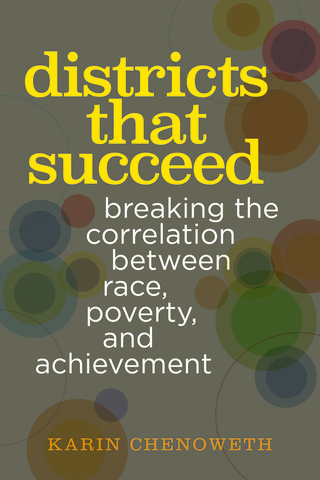 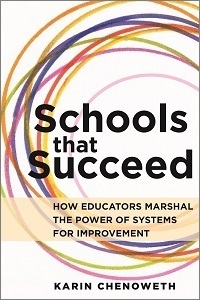 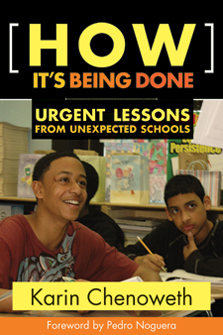 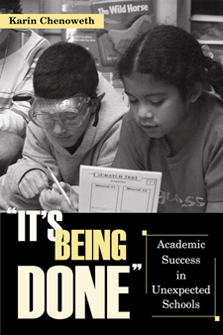