Teachers, principals, and other educators are hungry for good, solid information about how they can be more successful with the kids they have. With stories, photos, and videos, I share the expertise I have found in what I have called "It's Being Done" schools.

What People Are Saying:

"Feedback has been very positive and while I am sure we could find lots of similar examples of unexpected schools in Scotland I am unaware of anyone who has done the work in the way that you have. The key messages therefore carried considerable authority and have given us much food for thought."
--John Christie, ADES, Scotland

"[Y]our presentation, balanced with discussion from the group, was on target, extremely well done and well received."
--Stephen Hamilton, Director of District and School Services, Learning Innovations at WestEd

"It was such a pleasure to meet you and to hear you speak last week. The information you shared about the need for systemic changes, the critical points of school leadership, and being respectfully relentless in our work, are ideas I have thought about all week. I continue to read your books and look forward to your articles giving continual insight about schools and leadership today. Thank you so much for taking the time to come to Oklahoma to speak and listen to educators."
--Mary Dahlgren National Literacy Consultant, President and CEO Tools 4 Reading


"Thank you for the contribution you made to the learning of all of us who experienced the heart, mind, and soul presentations you delivered at the LAP conference. There is NO ONE that had anything less than extraordinarily positive feedback!!! I had high expectations in advance of the actual "gift" you gave us, but you blew the top off of those expectations."

My colleague Christina Theokas and I led a series of webinars with school leaders from "It's Being Done" schools. The recordings can be found on Ed Trust's website, www.edtrust.org. 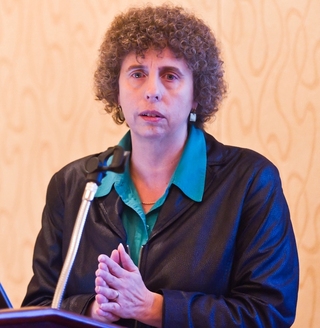 
Millman Lecture: Learning from Unexpected Schools
In October 2013, I delivered the Millman Lecture to the conference of CREATE (Consortium on Research on Educational Assessment and Teaching Effectiveness)
Loading…}